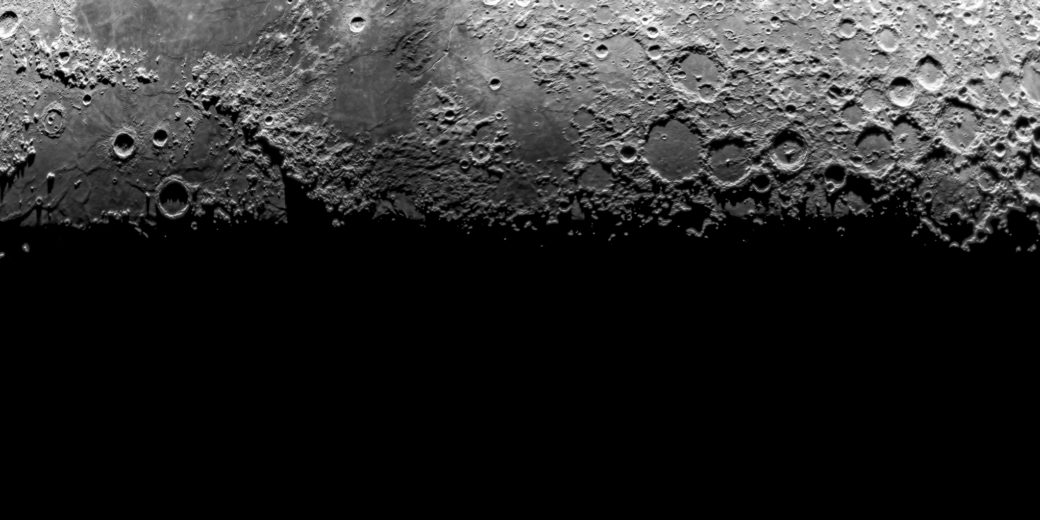 A Lesson in Crisis Management

"Houston, we've had a problem"

For 5 minutes of your time I’ll offer a slice of hope. Those who know me, know of my love of space and astronomy. Mankind has always looked to the stars for answers, and remarkably we have a recent tale that offers applicable lessons to our current predicament.

50 years ago, NASA delivered a masterclass in crisis management. The crew of Apollo 13 were returned safely to Earth after suffering a catastrophic failure of their spacecraft. Reviewing the decisions taken during that crisis can apply to many other scenarios. For those running a business, there are clear parallels. For anyone looking for hope in the current situation, it is a perfect example that teamwork, leadership and optimism can turn defeat into victory.

The story of Apollo 13 is well documented; an explosion on the way to the moon leaves the spacecraft low on oxygen, crippling the craft and putting the lives of the three astronauts in a perilous position. The oxygen was not just for the astronauts to breathe, it powered an oxygen-hydrogen battery for all the electrical systems and created water for cooling and drinking. For your business, imagine this oxygen is your projected turnover; when COVID-19 hit you were undoubtedly left with less than anticipated to get you through the year. You are off course and in need of a clear path to get back!

Initially, neither NASA nor the astronauts had any idea what had happened. They were reading instrument data which told them impossible things, never planned for or rehearsed. The truth was too catastrophic to contemplate, but at Mission Control they knew they had to act; the spacecraft was dying and the men would certainly perish too. To manage the limited resources, they had to preserve electrical power, shutting off the two dead fuel cells, leaving just one. Flight controllers commanded the crew to power down all but life critical systems, even the navigational computer. This stemmed the losses and gave them time – just as businesses have sought to preserve cash flow, reducing non-essential overheads and pulling up the drawbridge in the weeks following lockdown.

All involved in Apollo 13 now realised that the moonshot was gone, just as companies have created new emergency business plans to see them through the year. The mission was now a rescue not a triumphant landing for a global TV audience. Alone in space and off course, gravity was still pulling Apollo 13 towards the moon. Surrounded by debris from the earlier explosion they could not accurately locate the stars to even determine their position. The situation was dire.

The astronauts should have enjoyed a comfortable three-day journey to the moon in the Service Module. With this element severely damaged they had relocated to the Lunar Module, designed for 2 men for 2 days, not 3 men for 4-5 days. Although when likened to working from home you could not say the surroundings were unfamiliar, but it’s true the conditions were very different and slightly compromised. Rather than popping to the office stationery cupboard, we have had to manage with what we have at home and make do. One of the astronauts had never set foot in the Lunar Module before, his role meant he had no business in there. Many of us have never had to work from home before but we have had to adapt and improvise. 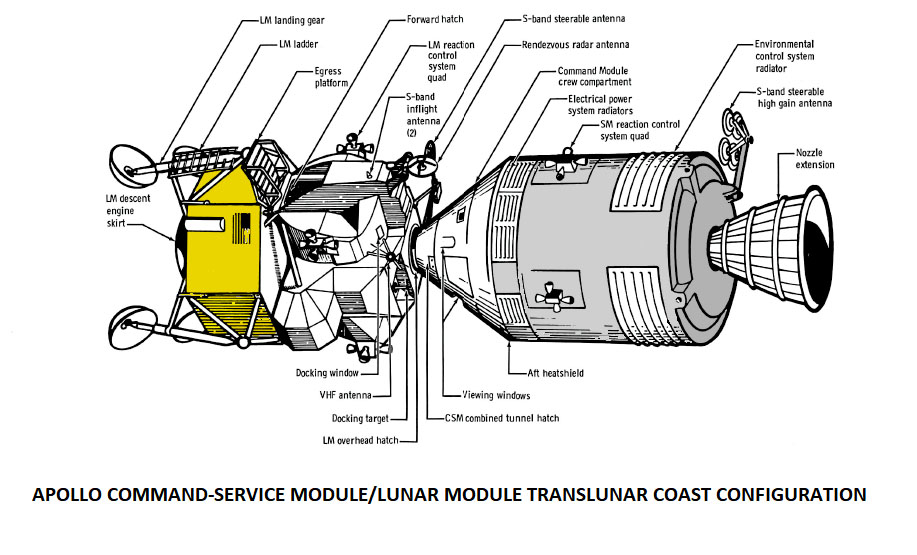 Thankfully the blast did not damage Apollo 13’s antennae to communication with Houston. Without this the men would have certainly died in space. The ground team were constantly relaying commands and adjustments needed to keep the ship on course and the men alive. Backrooms full of engineers analysed each system, tested new scenarios and passed their finding up the chain of command. Contractors across the country responsible for building the craft had to re-write the rule book to suit a new particular set of circumstances.

Two 27-year-old flight engineers determined that burning some of the precious fuel during the gravity slingshot around the back of the moon would get the men home a day earlier. With life support now the critical concern, the management made it happen. The procedure was relayed to the crew and perfectly executed. During another course correction, Commander Jim Lovell took manual controls of the limping vessel, firing the engine for exactly 14secs whilst eyeballing a distant point on the Earth as his point of reference. For the few that understand rocket science, the unchangeable constants of gravity and Newton’s Laws must have been a source of comfort as they reeled Apollo 13 back into the Earth’s pull, km by km.  NASA trusted in the science and trusted in the team, from the youngest to the oldest.

Problem after problem occurred. In their cramped lifeboat, the crew were being slowly suffocated by exhaled carbon dioxide.  Lithium Hydroxide canisters were used to draw carbon dioxide from the air. The crew had enough canisters by cannibalising those from the Service Module. But incredibly, one set was round and the other square. Over the course of the next few hours, around 60 people in Houston did the impossible: with only the material around them (including duct tape and a sock), they relayed to the astronaut’s instructions how to put a square peg in a round hole.

For many UK businesses right now, 2020 is our Apollo 13. Situations beyond our control have torn a hole in the economy, and we’re all living through a point on that epic journey. We have rallied, reacted and stemmed the flow. We have sent our crew to their lifeboats and improvised our way through three months of lockdown. Some are still floundering, heading off into space. Others have made their slingshot and have Earth in their sights, even if tiny and seemingly impossible to reach. Without the hope of a plan, there is no return. 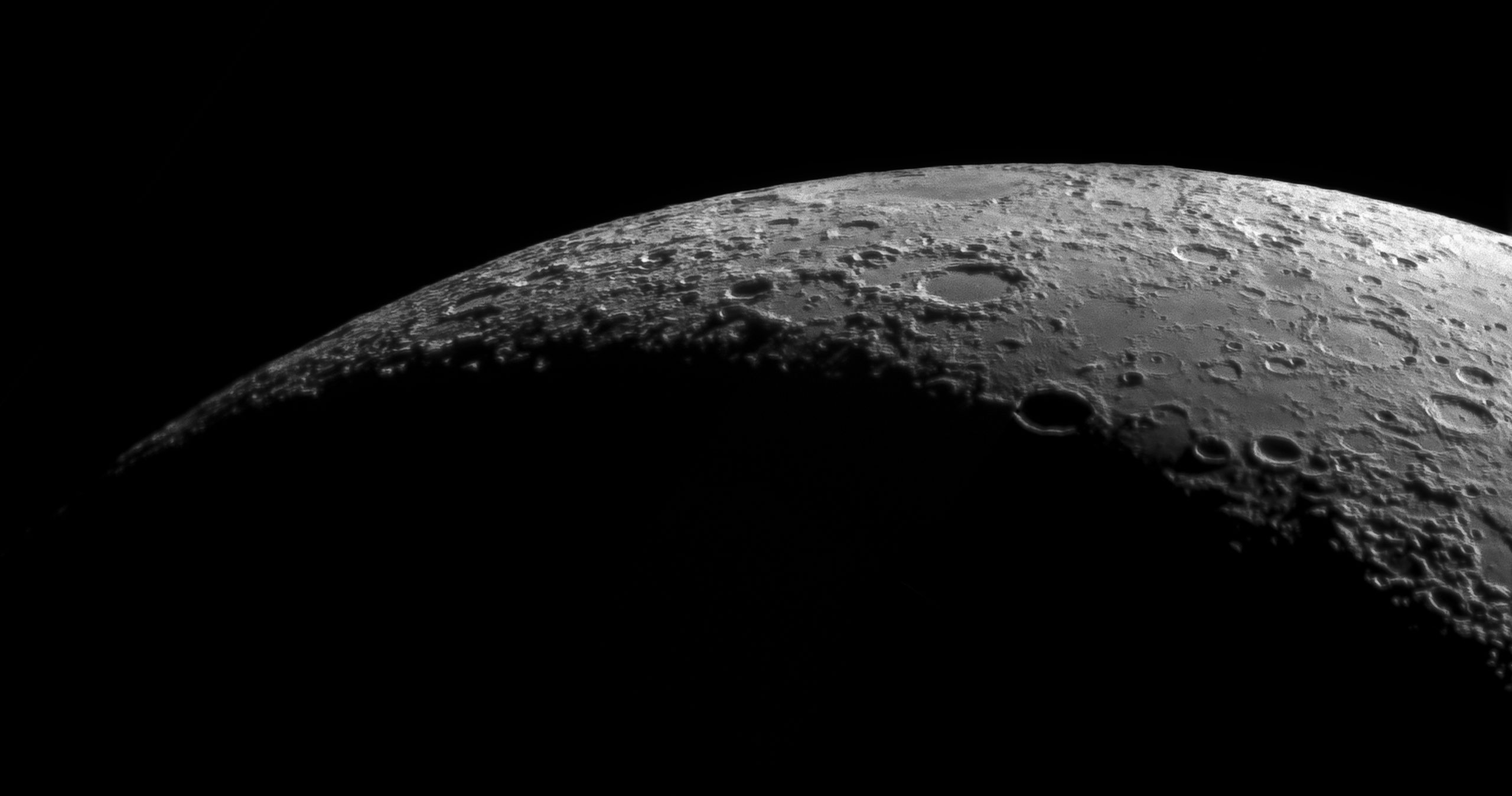 In recent days the issue of returning to the studio has been discussed and plans drawn up allowing for social distancing. Luckily, we know some good designers. Normality will not be restored until we are all in the studio again; working together and simply benefiting from each other’s company. The younger members of staff and graduates will benefit most from returning to this collaborative and supportive environment. We have not activated this plan, but we are ready to.

The crew on Apollo 13 had a similar decision to make. The only part of the ship that could get them home was the cone-shaped Command Module faced with a heat shield. They had to leave, then discard their current place of safety. Again, the ground team wrote a line-by-line procedure for re-awakening the Command Module in an exact order to not overload the battery. It was tested on the ground in a simulator. The crew were growing impatient with the Earth looming in their tiny windows. It took 2.5hrs to relay to the crew, now heavily fatigued by lack of sleep, cold and dehydrated. They scribbled notes on damp scraps of paper, longing for the stationery cupboard.

Assuming everything in the Command Module worked, the last leg should be textbook. The heat shield protects the crew from the intense heat of re-entry, the parachutes open and they splashdown into the ocean. Even from 2-days out, engineers at NASA could pick their landing spot. The easiest was the Indian Ocean, but that delegated the job of collecting the men to commercial shipping. An adjustment placed the ship into the South Pacific where it would rendezvous with a US navy aircraft carrier.

The Command Module did come back to life as planned. The parachutes did open. After a nail-biting radio blackout, the splashdown happened just 4 miles from the waiting USS Iwo Jima – the most accurate rendezvous of the entire Apollo programme. The lives of three men had been saved, along with countless reputations and arguably, any future Apollo launches.

Everyone involved in that mission had to believe they would succeed. It has been said that ‘failure was not an option’, but they each had moments of doubt. To myself, and anyone running a business I say have courage. Draw on every offer of help, whether financial or simply for morale. Support the crew and look after the critical systems. Don’t settle for the Indian Ocean – aim for the Pacific. There’ll be further setbacks and the need for regular course corrections, but try fix your sights on the blue marble. From a seemingly impossible position, soon we’ll be sipping cocktails in Samoa and telling each other tales of how we survived 2020. 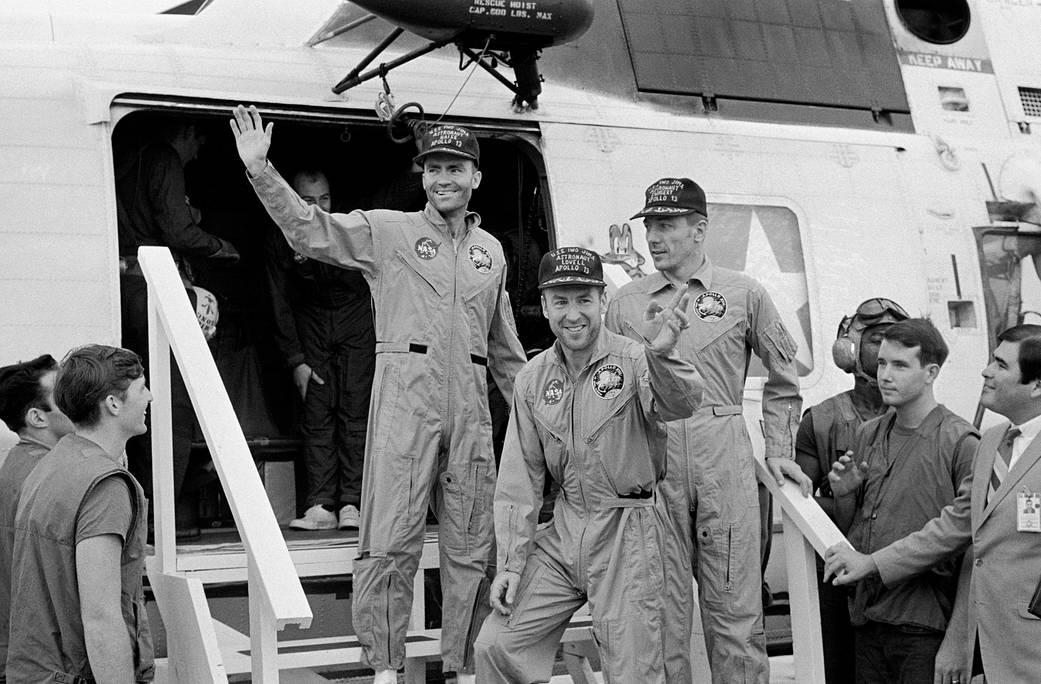