Exercise is bad for you.

True to my Welsh origins I like my rugby. Whilst enjoying the proper contact stuff I considered touch rugby, supposedly the gentler cousin of the full contact game, a safer and more responsible alternative. I’ve played at our local club regularly for about the past 8 years thinking it was out of harm’s way. A run out once a week, a bit of banter and some social time afterwards. A good form of exercise and a weekly antidote to the stresses and strains of life that had until now served its purpose. As a big man it was nice not be under the constant demands of scrum, ruck or line out. To get some ball in hand time, hit a few lines, score a few tries, even the odd dummy too.

In the words of Baz Lurman’ The real troubles in your life are apt to be things that never crossed your worried mind. The kind that blindside you at 4pm on some idle Tuesday.’…It was around 8:20 on a Wednesday evening actually, but what happened that evening and its repercussions were things that had never crossed my mind, let alone thought something I would experience.

Hitting the line I took a pass and could see if I just straightened a little and got the ball away we had some space and men outside…bang. Something snapped, gave way or did I trip? Either way I smacked the deck knees first. What quite happened and why we’ll never quite know. I knew instantly something in my leg had seriously gone wrong.

How we cope in trauma is something we can never pre-empt. Sensations momentarily were out of body. Inhale and exhale, take some deep breaths. I’ve always underestimated the power of idle chitchat. During the moments of being sparked out of the rugby pitch floor chit chat mattered, as surprisingly did jokes and banter. Distraction was everything during those long minutes that seemed like hours waiting for the ambulance to arrive. The injury seemed to cause some excitement in ED.You know you’ve done something serious when even the medical profession take a look at you and wince and say ‘oooh that looks nasty’. Bilateral rupture of the Patella tendons, apparently unusual to do both together. One thing I did learn is that laughter is the best medicine followed closely by morphine, codeine and gas and air. The sooner you can get off the later thought the better. Drinking plenty of water is very important too. 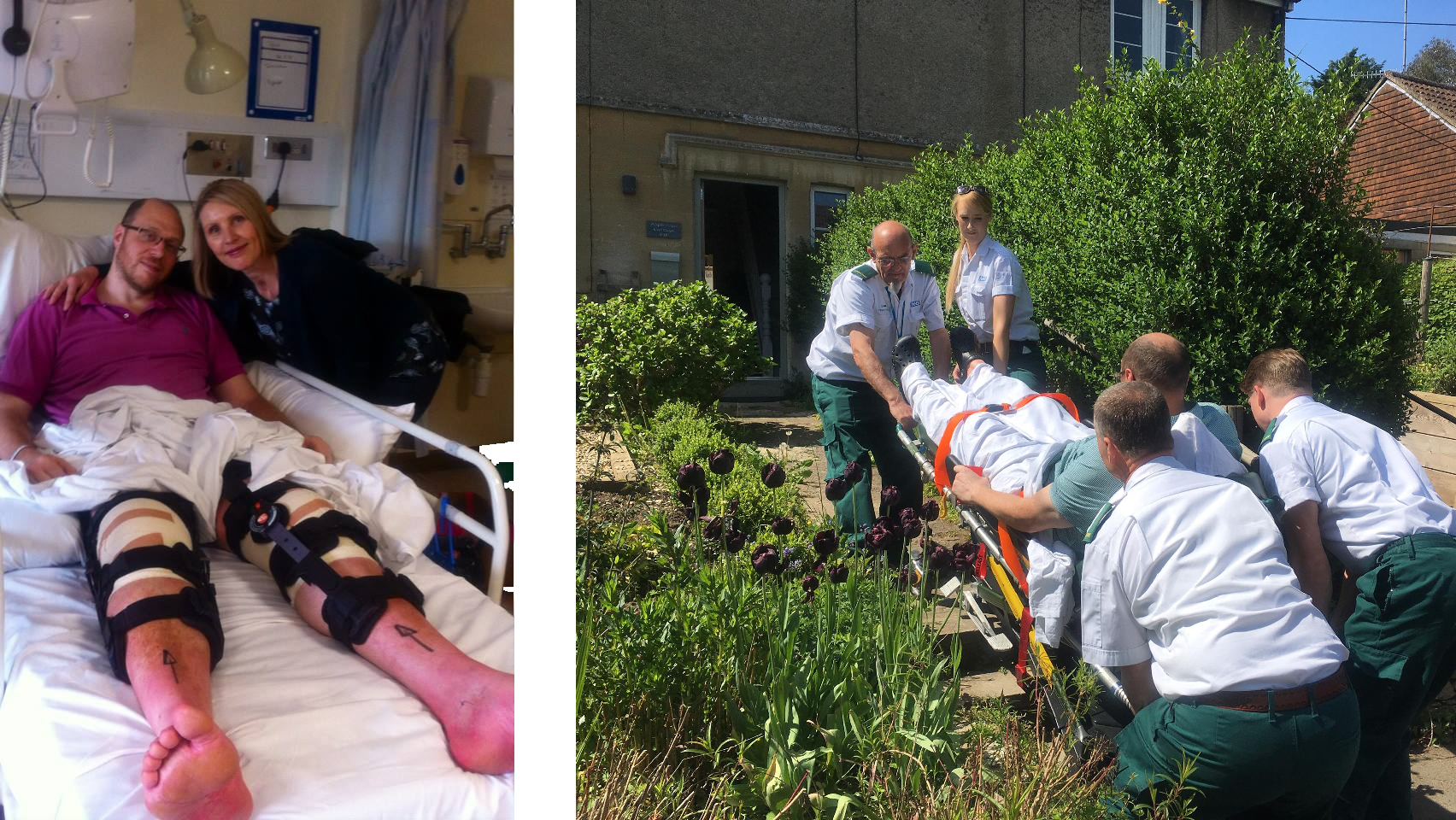 As CS Lewis once wrote.“Looking along the beam, and looking at the beam are very different experiences. .. You get one experience of a thing when you look along it and another when you look at it. Which is the “true” or“valid” experience? Which tells you most about the thing?”

Both are valid and important and we have perhaps become a little too focused on looking at things rather than along things. Architectural practice is no exception.  The whole incident, including a stay in hospital followed by facing a lengthy incapacitating lay off without being able to bend my legs much, has forced me to look along things rather than at things. Life changing, perhaps a little. Perception changing. Definitely.

As architects we see and view things maybe slightly differently. Even lying in a stretcher looking up at the ceiling travelling from department to department it is difficult to switch off the bit of ‘the architects’ brain. Suspended ceiling tiles with big thick ceiling grids will always look a bit naff. Don’t get me started on window design. Light and air is surely a must on bug filled hot and stuffy wards yet windows opening are restricted. Being in the furthest bed from the window on a plan form that is too deep doesn’t help with recovery either.  A view out would be nice. The concept of patient dignity is good in theory too. The reality is when is you’re in hospital with a debilitating injury it’s a hard to be dignified. It’s also very difficult to get a good night sleep on a hospital ward. Noises vary from beeping IV drips to the person opposite you coughing up phlegm and worse. Nice.

This all points to side wards and singular rooms, nice work if you can get it and probably a luxury that few can afford. Layouts are obviously driven by the practicalities of nursing and care and staffing. At the same time there are things that can be done. Basics such as daylight and fresh air would surely help patients and also the staff who work tirelessly for long hours.

Ergonomics is something else that most architects try to engage with in some shape or form at from a slightly theoretical perspective. Sometimes we can sometimes feel a little miffed at the whole cost and space requirements involved that are driven through access for all requirements. Walk a mile in somebody else’s shoes and you will feel differently. The ergonomics of trying to sit down and stand up with straight legs is a whole new ball game!

Despite the systemic failings and unavoidable room for improvement and change, the NHS is still a wonderful thing and something that needs protecting. For me the biggest and most humbling lesson came from those who looked after me. Care is not perfect but real, I’m still trying to get my head around how dedicated and hard working staff are. Despite the demands and challenges, each task is accomplished with an air of reassurance and the needs of others are constantly put first.

For me my accident could be considered unfortunate but recovery is underway, albeit slowly and at times frustrating. There are many I will be eternally grateful to for their help and support, including those at DKA and not to mention my long suffering family who have had to endure a lot. I’m counting my blessings and in the words of Mr Schwarzenegger  “Hasta la vista… I’ll be back”. Or as my mate on the ward said “Knees together and take the fall”. 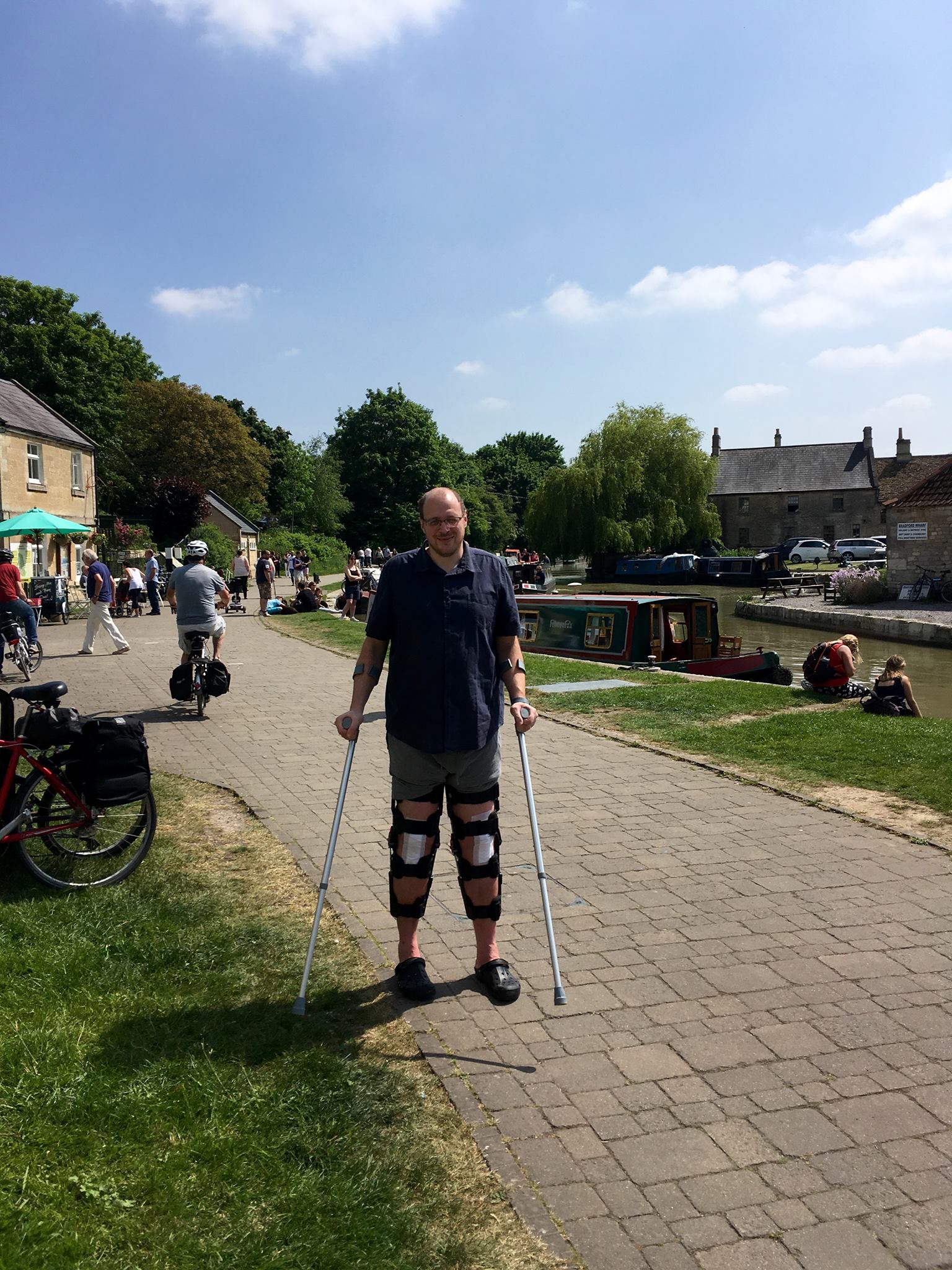 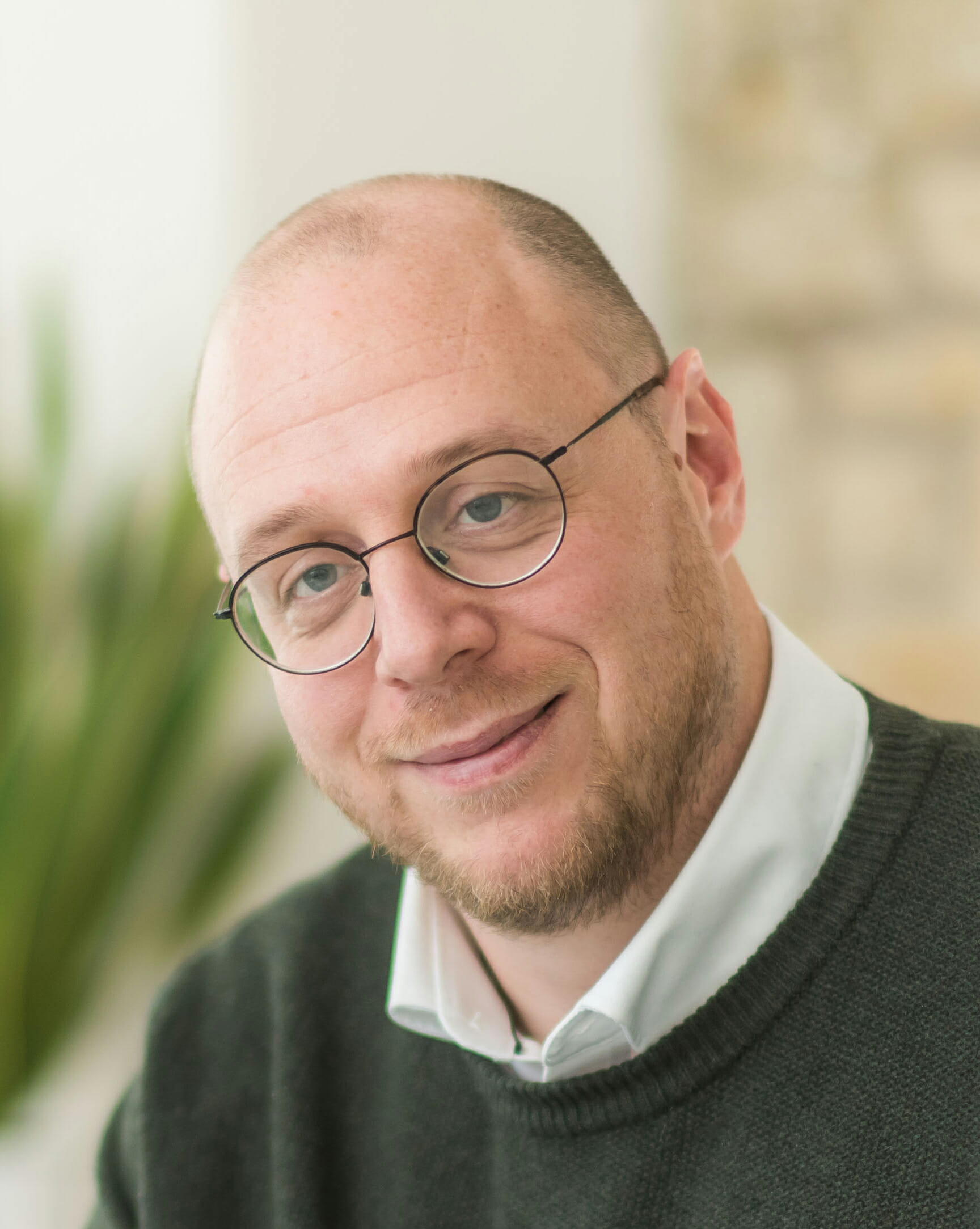