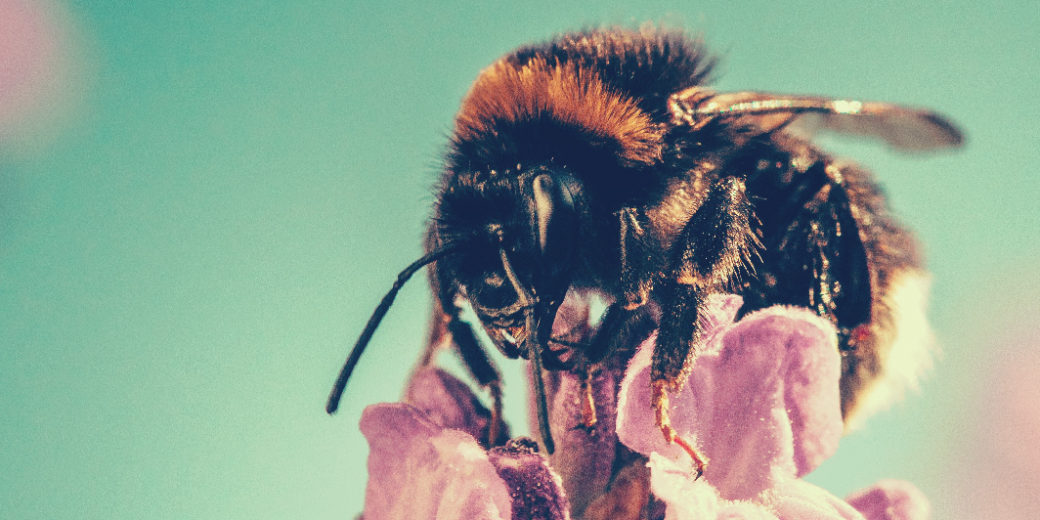 For us honeybees, six not three is the magic number. It’s the amount of sides each of our cells in the hive have. Having six sides creates the best shape for honey production because they require less wax and can hold more honey, and we all know, the honey makes the money!

The hexagonal cells are used to house larvae, as well as store honey, nectar and pollen. How about that George Clarke? I think that’s a pretty ‘amazing space’.

When beekeepers extract our hard earnt honey from our hives, the comb is easily left intact, though beekeepers sell honey comb as well, you really can sell anything these days with the right marketing!

Now, don’t go thinking our lives are one big Grand Designs episode, sitting down with the drawing boards, designing the perfect house for Kevin to come around and scrutinise. There is always a great buzz in the hive, but it’s hard out there being a bee! 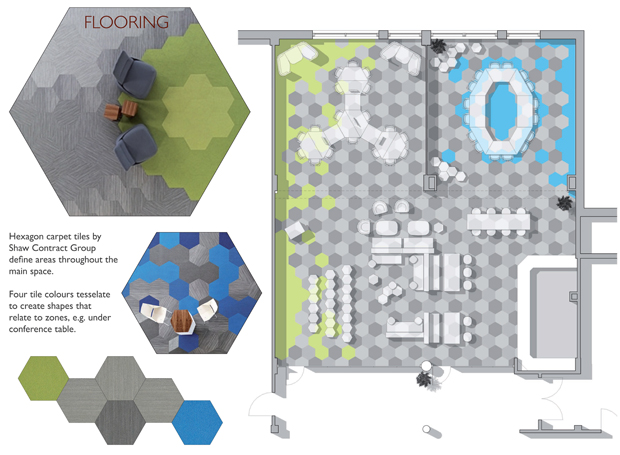 Even DKA have taken inspiration from our hive design as seen here at ‘The Hive’, Bristol Brunel Academy

We, the honeybee are ‘perennial’. This means we last, or at least remain active throughout the year. There are three main employees in what I like to call… The Game of Combs, the Queen Bee (baby maker) the Workers (That’s me – the non-producing females) and the Drones (their job is to mate with the queen… it’s a tough job, but someone’s gotta do it)

The queen lays eggs in the cells of the comb and larvae hatch from eggs in 3-4 days. These little packets of goo which I’m told are my brothers and sisters but just look like snot to me are fed by us righteous worker bees. We then get to watch them develop through several stages in the cells.

We cap the cells when the larva pupates, or for you and I, when a larvae undergoes a complete metamorphosis. Holometabolous insects (we’re one of these) go through four life stages: embryo, larva, pupa and imago. Queens and drones are larger than workers, so require larger chambers to develop. A colony may typically consist of tens of thousands of individuals and we look after each and every one!

I’m fairly new to the game but I’ve seen all the development stages, from egg to emerging bee. The amount of time this takes varies among queens, workers, and drones.

Only one queen is usually present in a hive. New virgin queens develop in enlarged cells through differential feeding of royal jelly by me and my worker pals. When the existing queen ages, dies or the colony becomes very large, we have a massive party, a royal bee’s knees up and a new queen is selected, we then raise her up to be the best Queen Bee she can be. Bee.

Lucky worker bees come and join me on our quest for the best honey in the west!!

First, we go to the sweet spot for nectar. Mmmmm nectar, you HAVE to try it! It’s basically a sugary liquid but we extract it from flowers using our long, tube-shaped tongue and store it in our extra stomach. While we buzz about, the nectar sloshes around in the crop; apart from making me feel a bit queasy, the nectar mixes with enzymes that transform its chemical composition and pH, which makes it suitable for long-term storage.

When we return to the hive, we pass the nectar to another bee by throwing up, um, I mean regurgitating the liquid into the other bee’s mouth. This regurgitation process is repeated until the partially digested nectar is finally deposited into a honeycomb.

Once in the comb, nectar is still a viscous liquid — nothing like the thick honey you use at the breakfast table. To get all that extra water out of the honey, we fan the honeycomb with our wings to speed up the process of evaporation.

When most of the water has evaporated from the honeycomb, we seal the comb with a secretion of liquid from our abdomen, which eventually hardens into beeswax. Away from air and water, honey can be stored indefinitely, providing us with the perfect food source for cold winter months.

Legend has it that until sugar became widely available in the sixteenth century, honey was the world’s principal sweetener, with ancient Greece and Sicily among the best-known historical centres of honey production, who knew huh!

The average lifespan of a queen is three to four years; drones usually die upon mating or are expelled from the hive before the winter; and workers may live for a few weeks in the summer and several months in the winter…. Yikes! My time is running out, I’ll wrap things up.

Don’t Step On A Bee Day is an important reminder that the fate of not only us honeybees but more so the bumble bee lies in the balance – with bee numbers in some countries having halved in the last decade.

There is one species of the honeybee in Europe, but a whopping 24 different species of my cousin, the bumble bee. They’re mainly under threat because of changes to the countryside in the UK. Different species have different length of tongue and changes in agricultural techniques have meant that there is a far, far fewer variety and quantity of wildflowers in the landscape than there used to be, meaning that many of the species are struggling to survive. 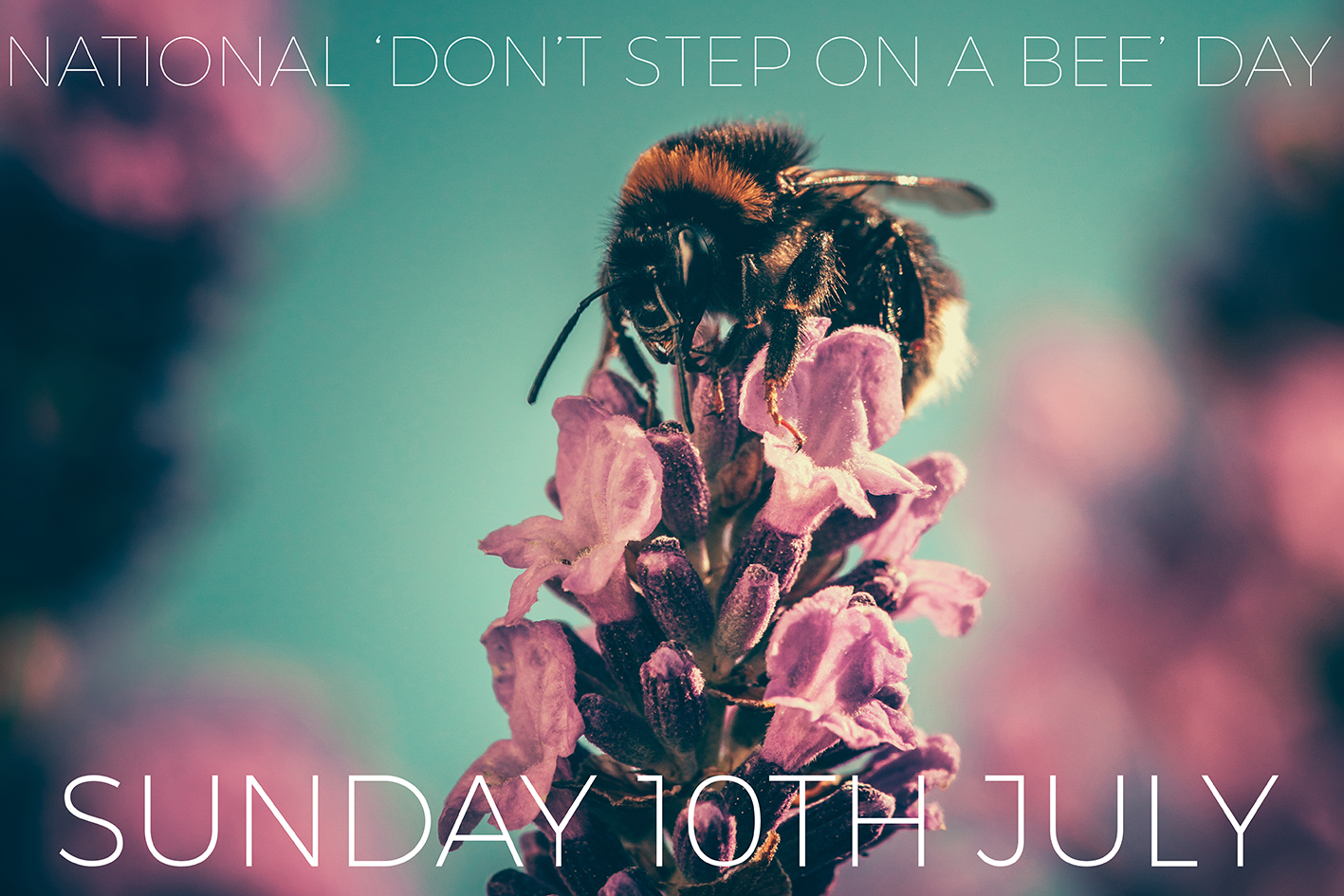 It is vital we take care to maintain bee populations, pollination and honey production because bumblebees are great pollinators, and therefore have a key role in producing much of the food that we eat. Through the pollination of many commercial crops such as tomatoes, peas, apples and strawberries, insects are estimated to contribute over £400 million per annum to the UK economy and €14.2 billion per annum to the EU economy. If bumblebee and other insect pollinator declines continue, the extremely high cost of pollinating these plants by other means could significantly increase the cost of fruit and vegetables.

Read more about why we need your help here: bumblebeeconservation.org