Functional office space with company ethos and culture on its sleeve

Whether for local authorities or major international companies, a Headquarters development has special significance; it is not just functional office space but a display of the ethos and culture of an organisation. The role of the designer is to match these functional and aspirational requirements to make a building that represents the best of both. DKA have been involved in several developments of this nature and relish helping clients create spaces to attract, retain and inspire their teams.

Overlooking the River Avon in central Chippenham, Monkton Park provides 6,000 sqm of flexible office space over six storeys for Wiltshire Council. Alongside this are public meeting rooms, committee rooms, a council chamber, refectory and undercroft car park. Designed and completed before Wiltshire became a unitary authority, it was the North Wiltshire HQ and is now one of a series of ‘hubs’ for the council which combine a number of public and non-public facing departments.

One of the key design requirements was to be highly sustainable. Monkton Park uses natural ventilation and exposed thermal mass of concrete floors linked with controlled night time cooling to regulate internal temperatures. Exposed concrete soffits absorb heat given off by equipment and occupants, reducing peak day time temperatures. It was one of the earliest BREEAM ‘Excellent’ buildings and was made an exemplar in CABE’s (Commission for Architecture and the Built Environment) ‘Better Places to Work’.

Over a decade later, we returned to refurbish and adapt the building as part of Wiltshire Council’s ‘Transformation Project’. The brief was to increase occupancy from 340 to 540 staff, and complete a full internal refurbishment with new finishes, furniture and new kitchen spaces on each of the floors.

Our designs created bridges at three levels to improve connectivity between floorplates while obeying desire lines (including routes to the WCs), housing new staff kitchens and breakout spaces. These spaces became the heart of each floor, facilitating casual interaction between colleagues from every part of the organisation.

Construction was carried out floor-by-floor, which allowed staff to continue to use the building for the duration of the works. It was particularly important that the building remain operational, as the Police Service also operated from the hub and required 24-hour access.

DKA were appointed as executive architects under a design and build contract for these new offices for South Gloucestershire Council. The Council had a range of buildings that were nearing the end of their lease or reaching the end of their life.  To provide replacement accommodation of a suitable quality they decided to centralise their head office operation into one location at Badminton Road in Yate near Bristol.

The new building includes a broad range of administration functions with only a few areas being accessible to the public.  The council chamber function is located elsewhere. Innovative technological treatment ensures the building achieved a BREEAM ‘Very Good’ rating.  Notable features include rainwater harvesting, solar control, exposed mass cooling and the use of a screen to the southern elevation to control solar gain, cooling, security and the impact of noise from the nearby main road.

DKA were engaged by a major car manufacturer to help them develop ideas for a new design headquarters. The building would be part offices and part workshop space. Prototype vehicles would be modelled in both computer form and physical mock ups in clay and composite materials. Connection between the design office and workshop informed a series of building concepts, whilst also considering the role the building played in the customer experience. A site was selected, and the client wanted the building to be highly sustainable. The office spaces were designed with narrow floor plates to allow for natural ventilation and oriented to avoid unwelcome solar gain. Although the scheme remains unbuilt (in part due to political uncertainty), DKA took great pleasure in unlocking the design and the client was delighted with the proposals which had the necessary functional and inspirational spaces that a design HQ demands.

DKA have worked with Mercedes-Benz Retail Group for many years on a range of projects. Their administrative and training headquarters is based strategically in Milton Keynes, whilst their sales HQ is Mercedes-Benz World at Brooklands on the edge of London. We have worked on both sites including a new build Apprentice Training Centre, planning approval for a new three-storey office building, approval for a new decked car park, master planning (workplace capacities and parking), major interior design fit-outs, reception areas, customer experience areas and external pavilions. Although the two sites are completely different (one being far more customer focused), the image and ethos of the client had to be equally represented so that the high quality they expect for their customers was also provided for their employees. As designers, we understand the importance of corporate identity in strengthening brands and maintaining a common approach across multiple sites. 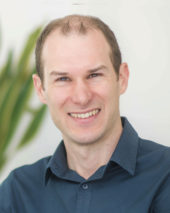 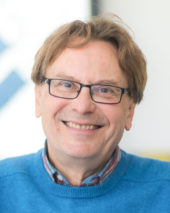 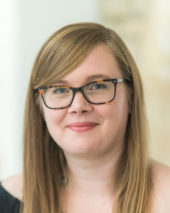 Rebecca joined DKA in 2007 and has worked across all sectors, initially in a technical capacity and now leading our interiors team. This mix of technical and interiors experience has provided Rebecca with a well-balanced approach, with designs offering both creativity and practicality. She has a Masters in Environmental Psychology which developed her awareness of the impact design can have on people’s experience of the built environment. Rebecca is our expert in dementia-friendly design and believes that good design can help to empower all building users.