Eight years of evolution and collaboration

DKA have been involved with the Melksham House site since 2011, when Wiltshire Council investigated the possibility to purchase the site. Originally used as a social club for Avon Cooper Tyres, the site includes a Grade II listed house within a conservation area, a landscaped approach, sport pitches and car parking.

In 2014, DKA obtained planning permission for a new campus accommodating a 25m pool, a learner pool, a six court sports hall, a gym, a studio, a climbing wall, a rink indoor bowls facility, as well as associated changing and storage. The campus also included a GP surgery, library, café, multi-purpose activity rooms, public services accommodation and offices. The brief and subsequent scheme were developed with extensive fortnightly community engagement and Sport England consultation. The scheme addressed and wrapped around the Grade II listed Melksham House and associated pond. The tender returns were in line with the £20.3m pre-tender estimate, however the project was put on hold by Wiltshire Council for political reasons.

In 2018, DKA were approached to assist Wiltshire Council to revise the brief for Melksham Campus to a reduced budget of approx. £12m. The developed scheme is for a free-standing facility on the footprint of the original Melksham Town Football Club, away from Melksham House. The revised scheme includes a 25m pool, a learner pool, a four court sports hall, a 75 station gym, a studio, associated changing and storage, a library, a café and office space for Melksham Without Parish Council. As previously, DKA completed consultation with the local community, the local authority’s conservation officer, and coordinated the design with Sport England. For affordability, the scheme was based on Sport England’s Affordable Sport Centre design guidance where applicable. The external materials used are sympathetic to the area and the adjacent listed building. Planning permission was received in November 2019.

As part funders, Sport England have been heavily involved from the initial stages of the project back in 2011. They have attended all Client meetings, reviewed both schemes at every stage and recommended tweaks to ensure compliance. 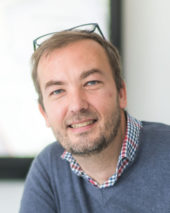 Fabien arrived in Bath in 1995 for his architecture studies and joined DKA in 2001. Since then he has gained experience in a variety of building types with an emphasis on educational and industrial projects, from scheme and detailed design to operations on site. In 2009 he became a Qualified BREEAM Assessor for Education Projects. Fabien also reviews our resourcing needs. 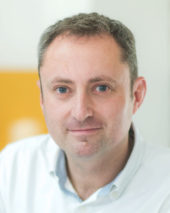 After qualifying in 2002 Adrian joined DKA in 2004, where he has gained a wide range of experience in healthcare, community, industrial, leisure and residential projects. Recently he has been Project Architect for two new community hospitals in Somerset, providing him with a thorough knowledge of the latest healthcare regulations and successful experiences working with two of the country’s leading contractors on the Procure 21 framework. 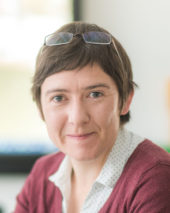 Elspeth studied at the University of Bath, winning the DKA award in 2009, and the Welsh School of Architecture (WSA), Cardiff University, where she subsequently returned as an External Reviewer. Before joining DKA as an Architect in 2017 she worked within both small firms and large international multidisciplinary design practices. This varied experience has generated adaptable skills in a broad range of project sectors.