A Crash Course in 3D Printing

I have worked within architecture for well over a decade now and a key skill I learnt early on was the ability to adapt. Over the past 18 months we have had to adapt more than ever.

Whether it is simply a new project, a new client, new material, new piece of software or technology; successful people within the architectural industry have an ability to adapt quickly and embrace the changes. Those that don’t quickly get left behind.

At DKA we have demonstrated this with the implementation of Building Information Modelling Management (or BIM for short). We were an early adopter of BIM and have been using it successfully for 12+ years now and in that time it has since become the industry standard.

In a similar way, the idea of 3D printing has been spoken about for years but the technology has been in its infancy and is only now emerging with exciting potential. The idea of using our 3D digital BIM model and translating it into a physical model is very appealing.

It is easy for anyone within the construction industry to forget that reading two dimensional drawings is a skill we learn, so to simply present 2D drawings to someone who may not possess the necessary skills makes it difficult for them to engage. We have found that using our 3D digital models has helped people understand design proposals in three dimensions (albeit on a screen).

I can see 3D printing taking a similar role, the ability to present a physical model to someone so they can see how our designs can work will help us create better buildings. So, when I was given the opportunity to experiment with a 3D printer it was time to give it a go!!

The first question was; what do we print as we step into the world of 3D printing? After considering various project we settled on printing a 1:50 scale model of our own offices.

If you have ever visited DKA’s offices you will know we are lucky enough to work in an old Malt House. It is a beautiful big open plan office with a mezzanine, exposed roof trusses, glazed partitions and, as it is an old industrial building, no two walls meet at 90 degrees so it gave us a printing challenge! 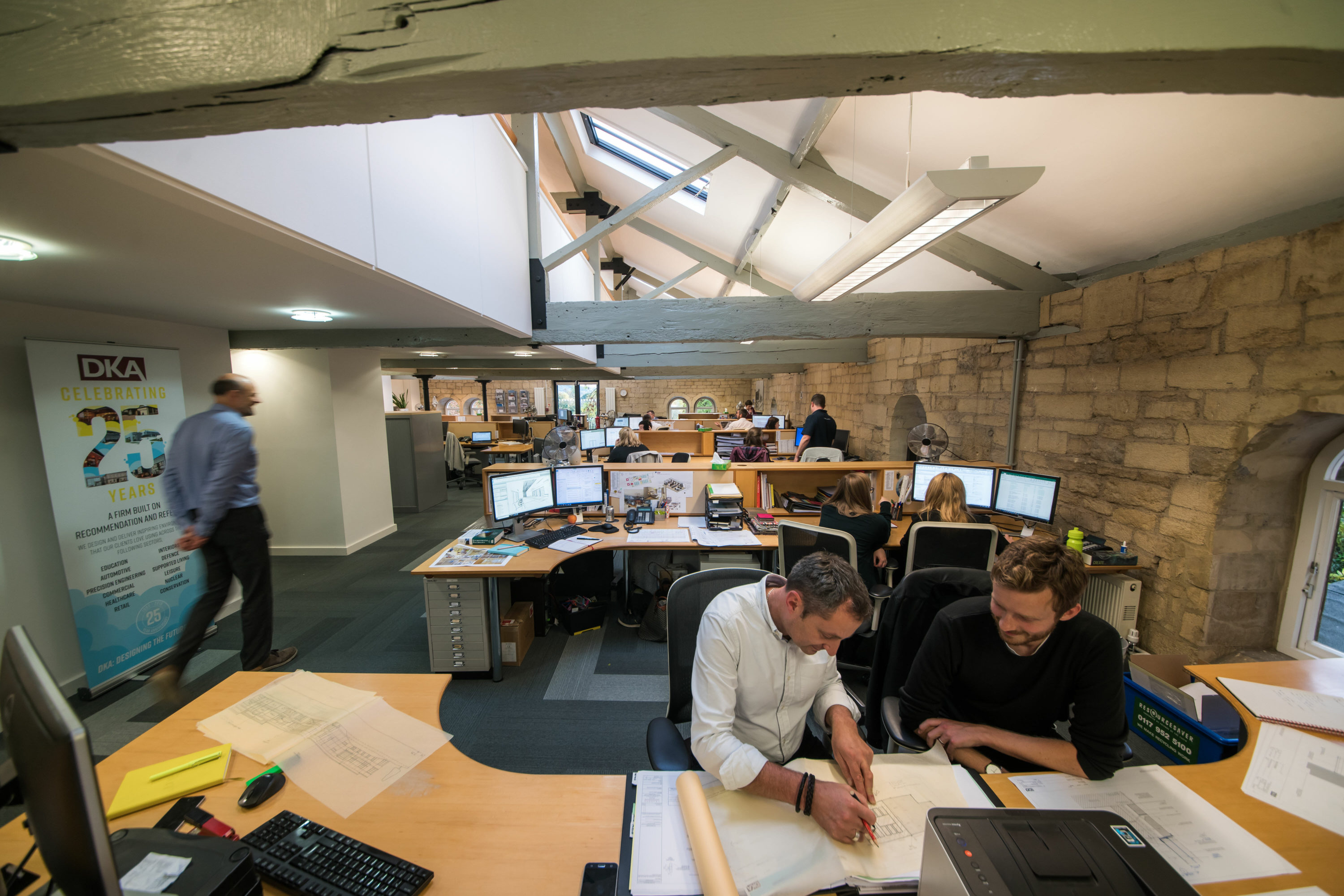 Once the Malt House was modelled, I was amazed how simple the process of translating our model could be, from within Revit (Our BIM authoring tool of choice) I was able to isolate a portion of the model and export a file which could be read by the 3D printing software and printed.

We were restricted by the size of the printer itself, so the greatest challenge was deciding how we split the model – essentially creating a kit of parts to assemble after.

In this instance we were trying to print what was essentially a 3-dimensional floor plan to show the internal walls and any major features. Alternatively, we could have gone the simple route of printing a 3D model of the external envelope… But where is the fun in that?!

Printing an external envelope will give us the advantage to refine the form and proportions more thoroughly than simply on screen.

In our initial tests we were able to separate doors from their frames and even achieve fine detail such as printing small lever handles on the doors. 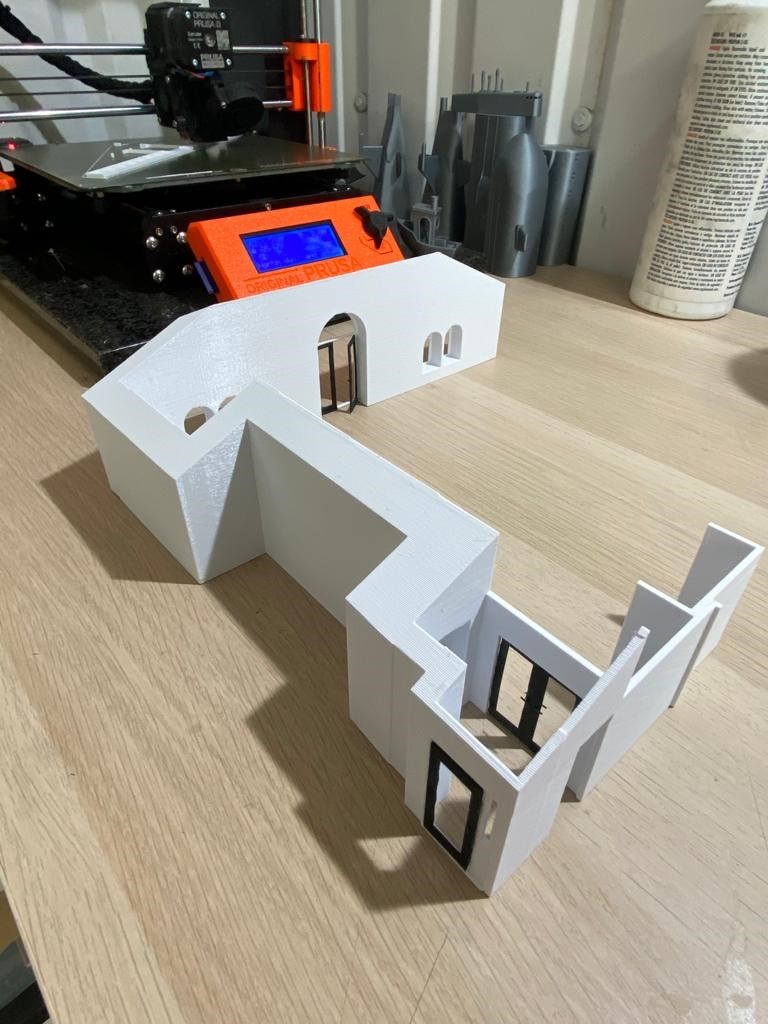 We removed the glass from the windows and doors. Not only did this give the model more realistic sense of space but it would also give us the ability to do daylight studies to see how light enters the room.

Once we felt confident printing walls it was time to try a few more complex items such as the stairs to the mezzanines…. 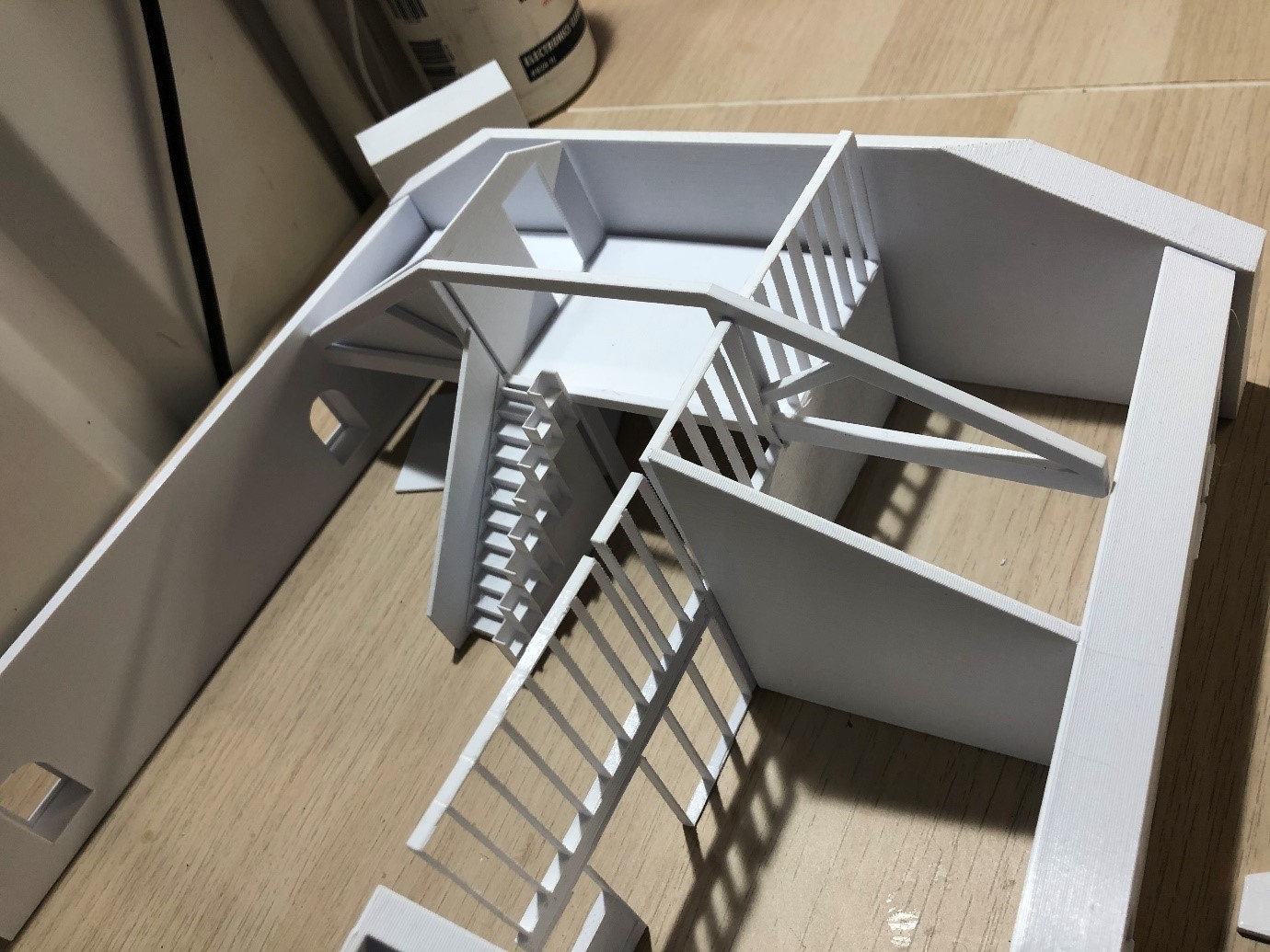 We were able to print the spiral stairs in one go using a resin printer, the image below shows the stairs being cured after printing. 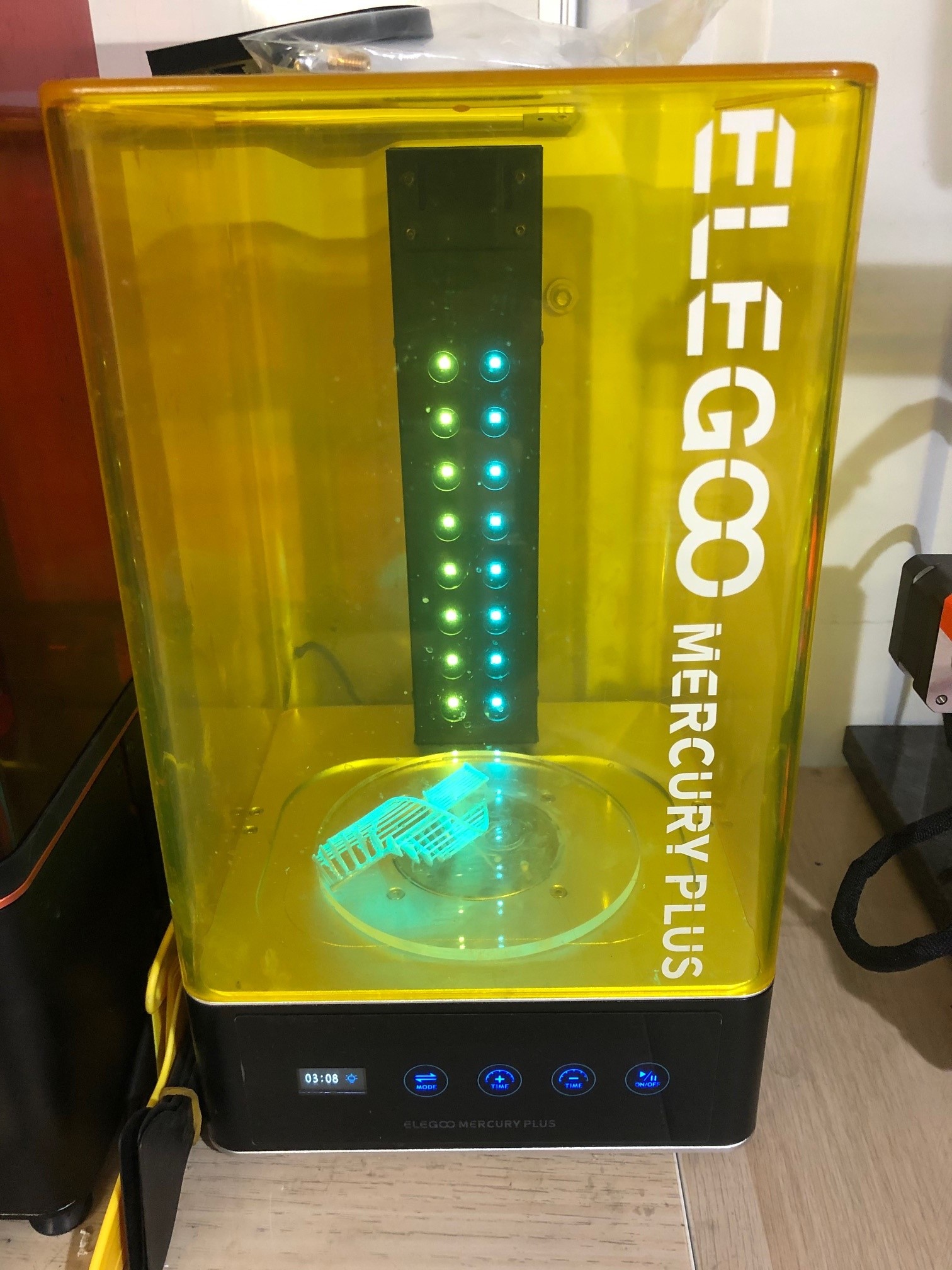 And finally, a bit of assembly and the Model is finished. We’re pretty happy with the results and it has been very well received throughout the office. Most excitingly of all, my colleagues are keen to try 3D printing and use it as a tool to develop their designs. 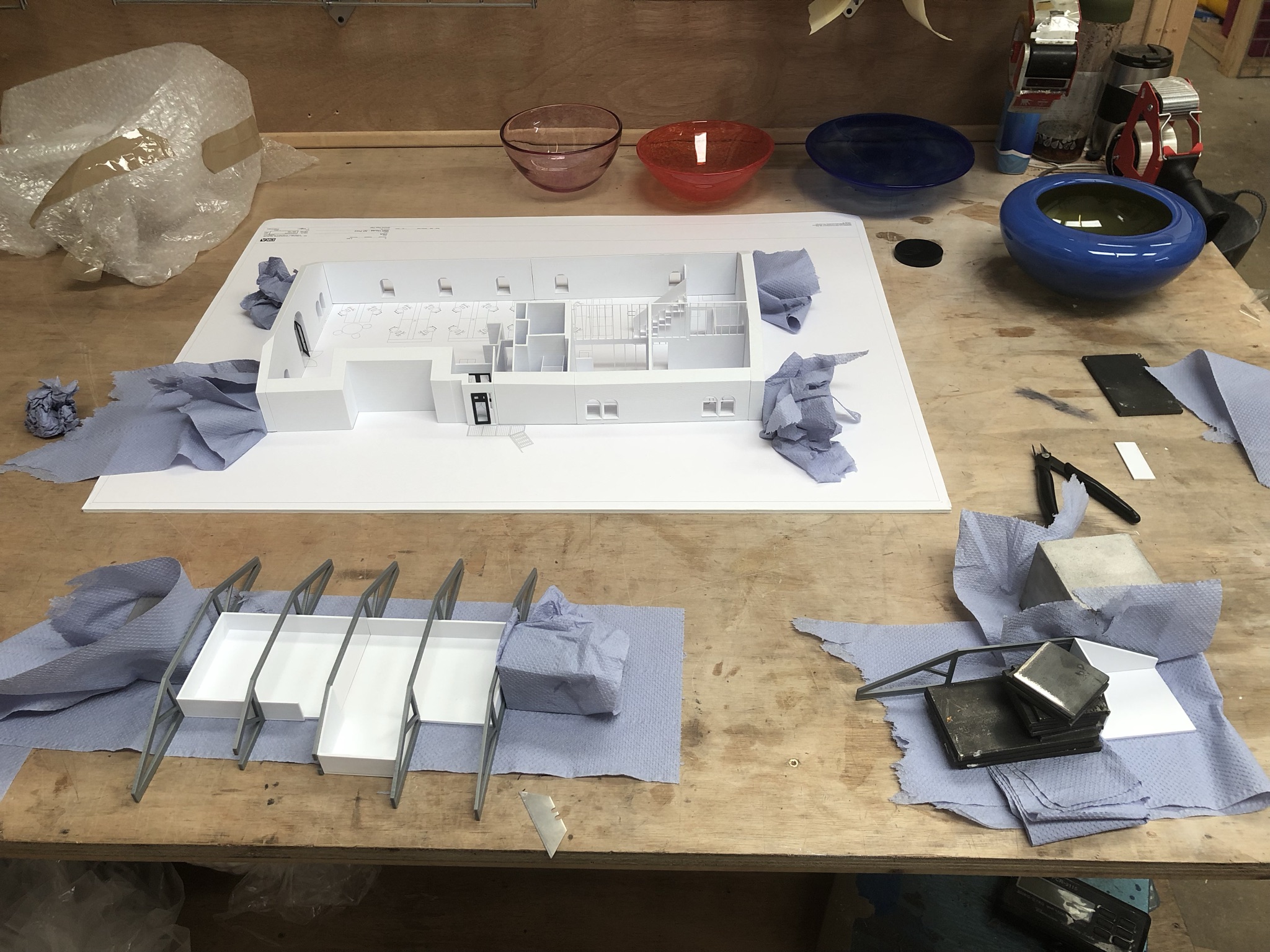 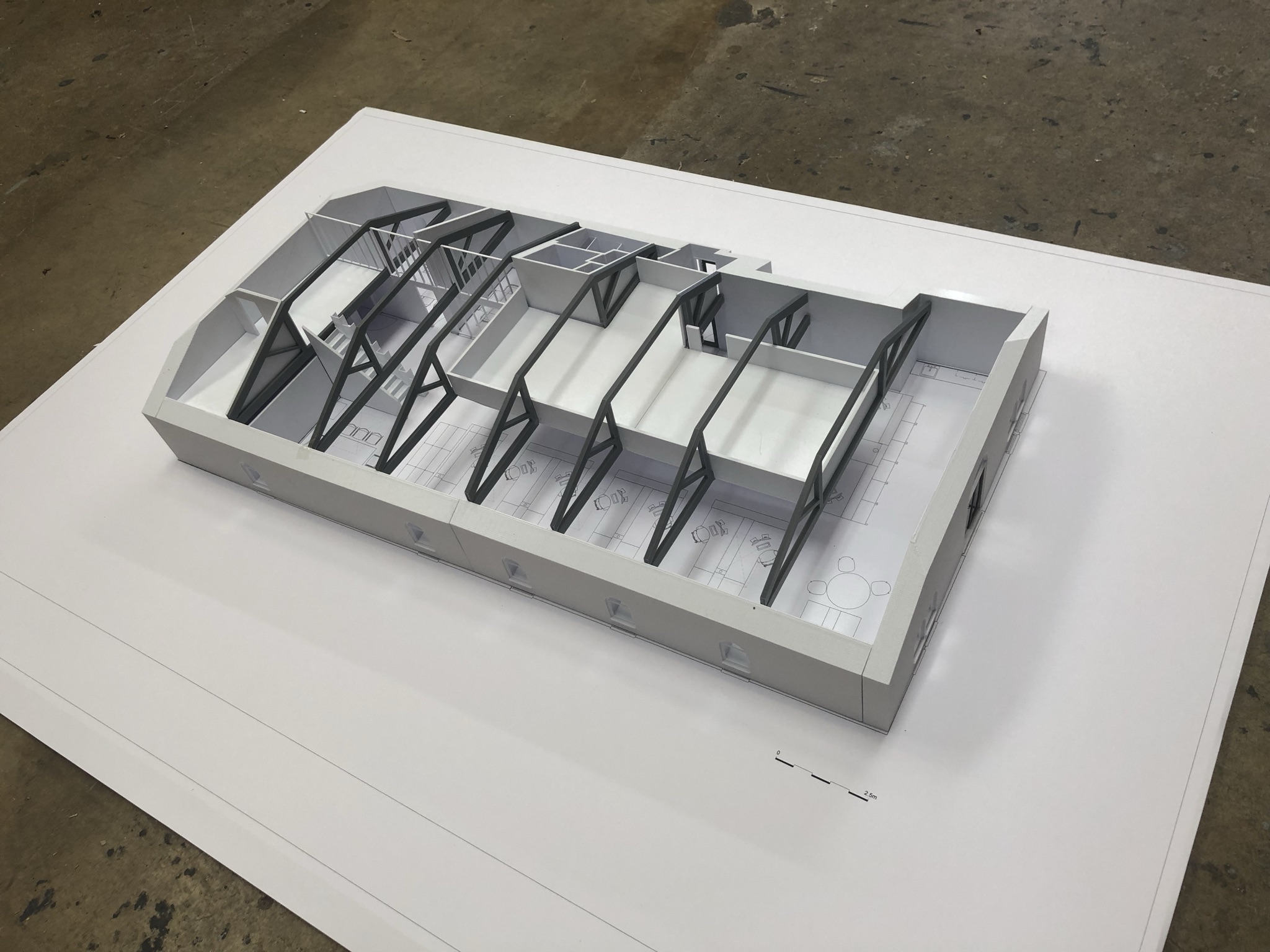 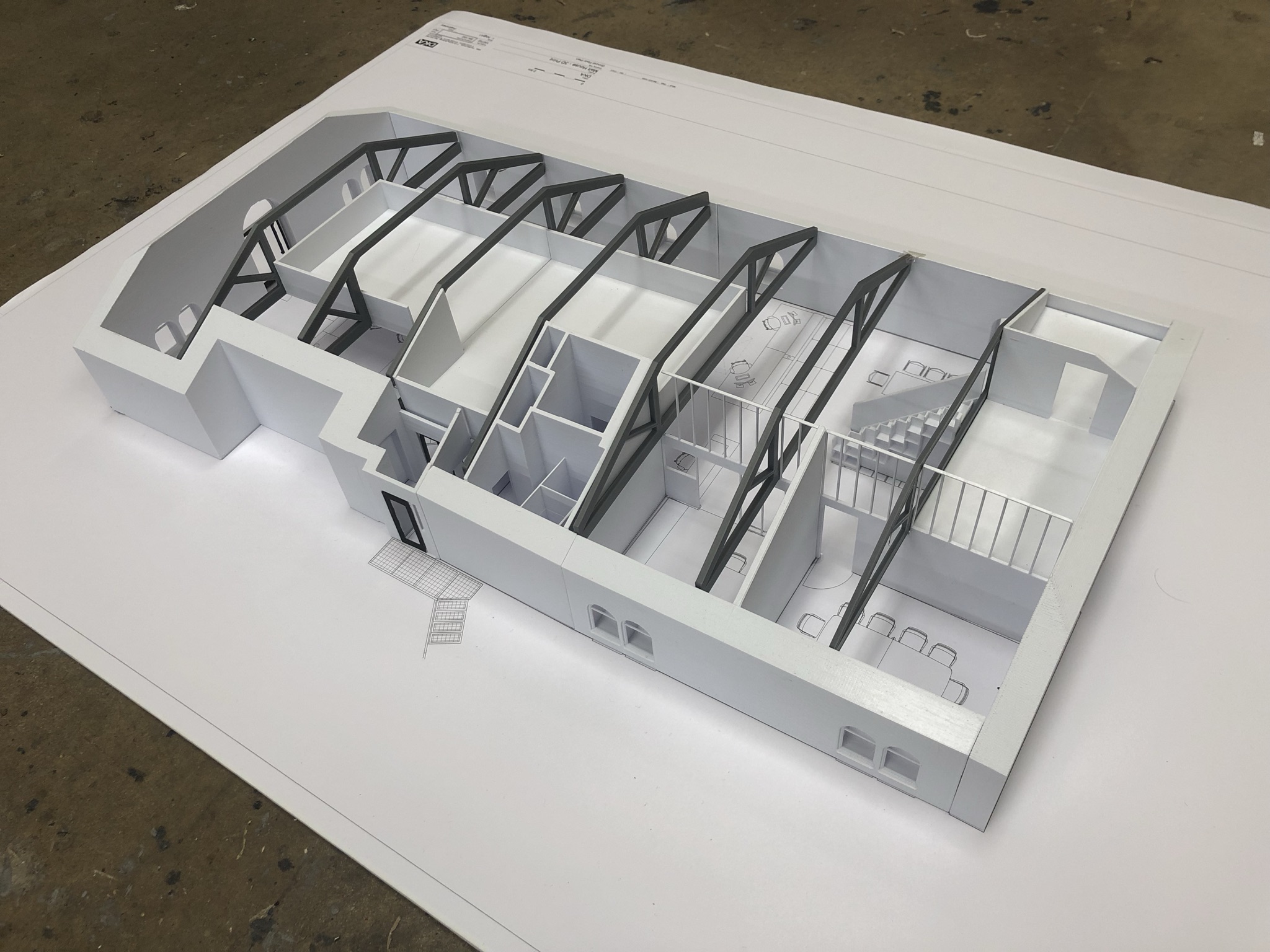 Model making has been used within architecture for a long time. Unfortunately, the days when an Architect would present their drawings alongside a physical model have laid dormant for a long period of time (probably due to time pressures and costs).

But I hope as 3D printing technology becomes more accessible and continues to develop at a fast rate, the use of a physical model will be resurrected. As the costs associated with producing a model are reduced, I can see physical models returning to architecture in a big way. 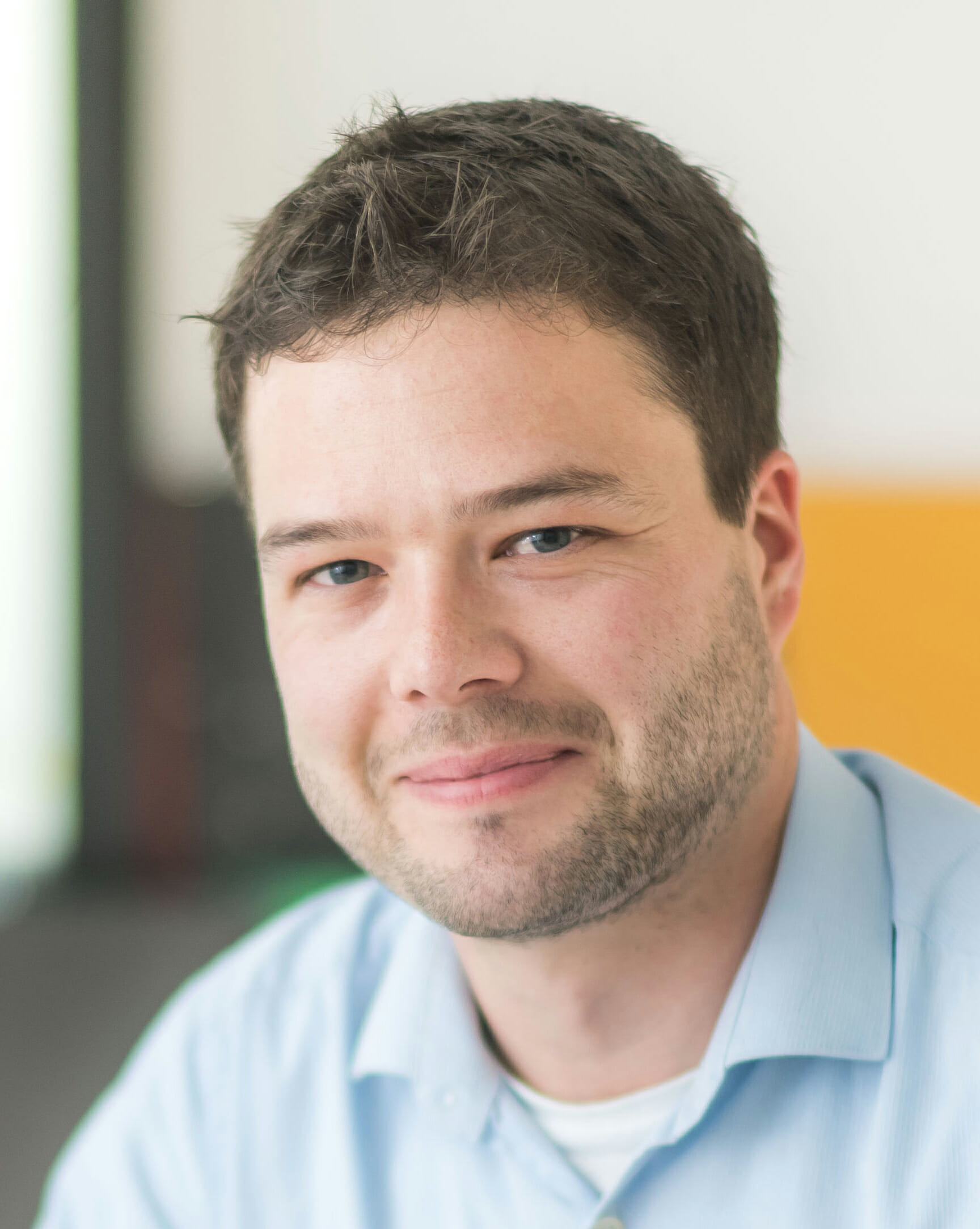